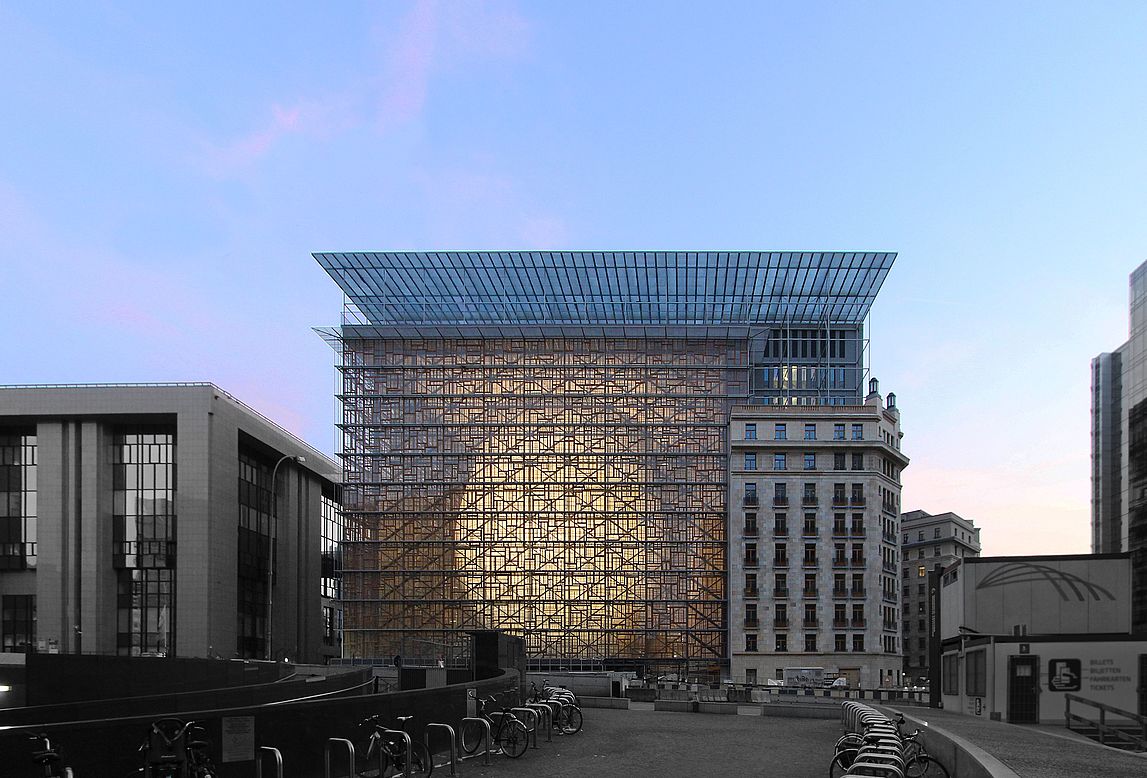 As a consequence of the 2004 European Union enlargement, the Justus Lipsius building became too small for the Council of the EU. The Belgian State offered to cede, to the Council, a part of the “Résidence Palace”, next to the Justus Lipsius, to make it its future seat. To this end, in August 2004, the Council launched a European architecture competition in order to renovate and adapt the Residence Palace to its needs.

Swiss architect Michel Polak originally designed the Résidence Palace in the 1920’s. The complex was a collective housing experiment under the form of luxurious service flats located next to the city centre. After World War II, the art deco building was converted into ministerial offices. An extension with a new façade was built in the 1960’s, while the Eastern wing was demolished in the 1980’s. The original façades, the entrance halls and the corridors on the ground floor are today listed as part of the Belgian cultural heritage.

As part of the extension and adaptation project, two new facades were built on the North-East side in  order to transform the “L” shape of the building into a “cube”. This outer area was converted into a glass atrium covering the principal entrance as well as a lantern-shaped volume containing conference rooms.

In accordance with EU Directives, many old buildings across Europe are changing their window frames for double-glazing. In the context of a sustainable approach, it was decided to restore some of those millions of old window frames and re-use them in this project. The exterior façade is made of re-used oak windows with single glazing from different European countries. It provides the necessary acoustic barrier from the traffic noise and offers a first thermal insulation for the inner space. This new façade is hence a practical and philosophical statement expressing the European diversity of cultures.